Weber vs. Char-Broil – What’s the Difference? 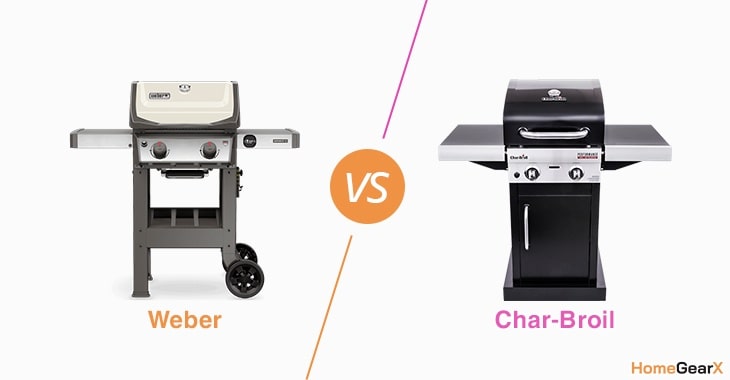 If you are planning to buy a new grill, you will always be better off sticking with products from well-known brands like Weber and Char-Broil.

Both brands also have a huge variety of products which means they have something for all kinds of grillers. But as good as both might be, you will still need to choose between them which for many grillers can be a hectic task.

However, the choice should be much easier for you if you understand what sets the two apart. And in this piece, we compare two of their most popular grill models to help make their differences clear. But first here is an overview and the pros and cons of each brand. 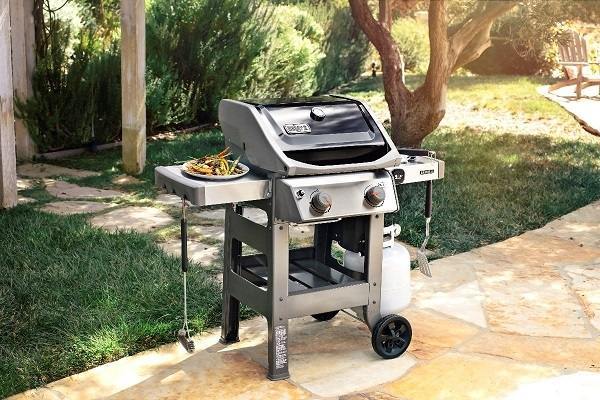 You can hardly ever go wrong with Weber whether you are shopping for a small 2-burner grill or something larger like the 5-burner models as they make some of the finest quality gas grills in the market.

Weber has been making grills since the 1950s which means they have had more than half a century to perfect their products. The fact that they are now one of the most successful grill brands is enough evidence that they have got things right.

Their gas grills are their most popular lines, and they will be available in two main lines which are the Spirit and Genesis Series. But, what truly makes Weber stand out is that they always make their grills with the finest quality and heavy-duty materials for long service life.

Also, when compared to other brands out there like Char-Broil, they seem to prioritize giving their customers a larger cooking area, and so their grills tend to have more cooking space than many others in their class. And they also have higher heat output to ensure the extra space is heated adequately.

Their grills are also known for their flavor bars which besides ensuring better heat distribution for more even cooking, also help minimize flare up and enhance food flavor by controlling the drippings better.

But the grills will also come with a more expensive price tag than what Char-Broil offers, and they will often take longer to heat up than the latter's grills. 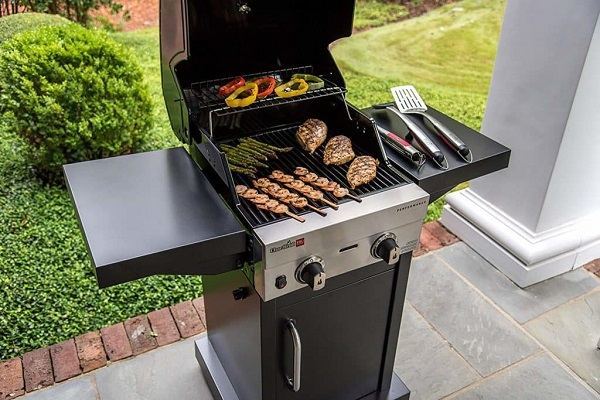 Char-Broil has been making grills for a little longer than Weber as they made their first cast iron grill in 1949 (but under a different name). Having been in the business that long, the company is equally successful.

The company also now makes a wide range of grill types and smokers and their pieces are more popular for their more budget-friendly prices. However, the lower prices also mean that their products will not be as heavy-duty as what you get from the pricier Weber models.

However, Char-Broil grills come with other advantages with key among them being the faster heat up as they will be ready to grill within a shorter time than many other brands including Weber.

Also, if you are fond of zonal cooking which requires having different heat zones on the same grill, you will be better off with a Char-Broil grill as most of their products are designed to make this easier.

Better yet, with a typical Char-Broil grill, you can also easily tell when you are almost running out of gas as they will have a gas level indicator almost as a standard feature. However, there are often many complaints from grillers that their grills take a lot of effort and time to assemble.

Note: For our comparison, below we use entry-level gas grills from the two brands since they do not have fancier features that can give one brand a clear advantage over the other. These two basic grills are the Weber Spirit II E-210 and Char-Broil Performance 300.

The debate on which brand makes the best grills between Weber and Char-Broil will not end anytime soon as each has its fair share of diehard fanatics. But if you are still on the fence on which one to buy, here are the differences between their Weber Spirit II E-210 and Char-Broil Performance 300 models to give you an idea on what to expect from either brand.

Few brands out there can outperform Weber when it comes to the total cooking area that you get on their grills as they seem to prioritize this a lot.

Even their Spirit II E-210 will come with a massive total cooking area despite being in what grillers will consider an entry-level category. The grill offers a total of 450 square inches which is 360 square inches for the primary area and a 90-inch warming rack.

Note the larger warming rack on the Char-Broil grill. For some users, this might even be more important than getting a larger primary cooking area.

Given the larger cooking area, Weber also makes sure that the grill will be adequately heated by using more powerful burners that deliver relatively higher heat output.

The two burners on the Spirit II E-210 provide a combined heat output of 26,500 BTU per hour which means each burner will deliver at least 13,250 BTU which for an entry-level grill model is fantastic.

But while still at the heat output, any seasoned griller or grilling expert will tell you that what matters more is the heat output you get per square inch given that it is what determines how the food will cook.

While the design of the cart does not necessarily affect how the grill performs, it will have a significant impact on the convenience and ease of using it, and so it also matters a lot.

With the Weber grill, you will get an open cart design which for many grillers comes with a huge advantage as it will allow for easy access to the vital things you need when grilling and hence reducing time wastage.

For the Char-Broil grill, you will get a closed cabinet cart design which besides being more aesthetically appealing makes it easy to organize your grilling essentials and also store them more securely.

However, it is worth noting that there is also a version of the Performance 300 grill that comes with an open cart design, and so Char-Broil gives grillers an opportunity to choose their preferred cart style.

Given that these are smaller and more compact grills, they will both be quite lightweight, and you should not expect then to weigh hundreds of pounds like the mid and high tier models.

However, the weight still differs significantly despite their obvious similarity. The Spirit II E-210 is the heavier of the two models as it weighs 103 pounds while the Performance 300 will weigh around 66 pounds.

It is important to note that the extra weight is not necessarily a bad thing when it comes to grills because it is an indication that Weber makes their grill with heavy-gauge and more superior quality materials and components and will hence be more durable.

You will hardly find any griller that uses their grill from one point or always has it in one place unless it is the built-in types that cannot be moved. Hence, when buying a grill you need to consider how portable it is, and the kind of wheels it includes is a good indication of this.

Weber gives their grill a pair of all-weather wheels which are designed to move smoothly through the roughest terrain and hence making it possible to move the grill with ease regardless of where you might be using it.

Char-Broil, on the other hand, uses 4 casters on their Performance 300 which will allow you to move the grill in almost any direction. And two of these casters are also designed to be lockable to keep the unit stable when grilling.

But, Weber still takes the day here. Besides the all-weather wheels, it will also include two thick stand legs that will keep it highly stable when in use.

Unless you have used several grills from both Weber and Char-Broil, there is no way to tell which brand will give you the longest service life. But, a good warranty can be a good indication of this.

If the length of the warranty was your only consideration when choosing between Spirit II E-210 and Performance 300, then the former would easily take the day. And this is because it comes with a 10-year warranty which is way much longer than the 1-year warranty you get from Char-Broil.

Although while the Char-Broil warranty looks quite short, it is still good enough given that it is what many other brands will also offer, and it is hard to get any other that offers anything longer than Weber's 10-year warranty.

Weber makes their grills with more high-quality materials and will also give them larger cooking areas and higher heat output to go with it. But, all these fantastic features will come at a price, and so their grills will be generally more expensive.

At the time of writing this piece, their Spirit II E-210 was almost $150 more expensive than the Performance 300. And given that both are entry-level grills, the price difference is quite huge

But, with Weber, you can always be confident of getting great value for your money. Besides the high overall performance, their grills will also serve you for many years.

Any griller looking for a high-quality grill that cooks well and is designed to last long enough should have Weber and Char-Broil at the top of the mind as they are two of the most reputable grill brands out there.

But, despite both making some fantastic products, they will differ in several aspects such as the total cooking space you get on their grills, the warranties they provide and even what you pay for their products. Knowing these differences makes the choice between the two top brands a simpler one.

From our overview and comparison of the two popular brands, Weber will be the best brand for any griller looking for something that offers a more spacious cooking area, high heat output and is also made from heavy-duty materials.

Char-Broil, on the other hand, is the more appropriate brand for the budget shoppers that also prefer something more lightweight and a grill that heats up super-fast. 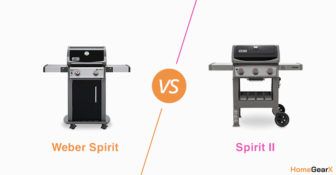 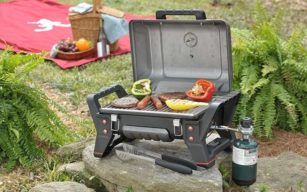 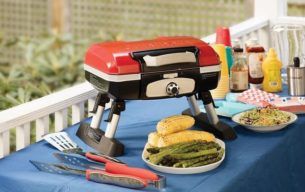 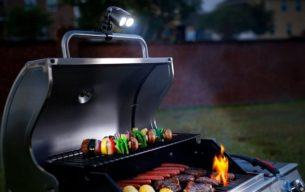 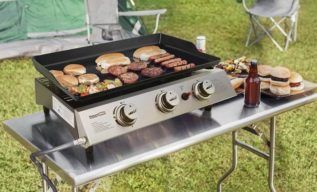 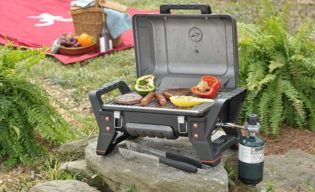 The 10 Best Camping Grills of 2021: Charcoal and Propane 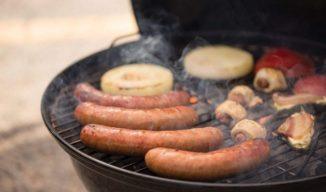 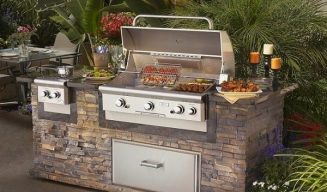 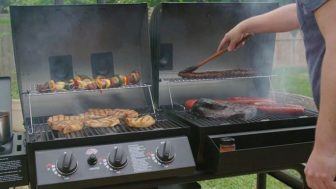